Response To Recent Media Reports About Students With Disability 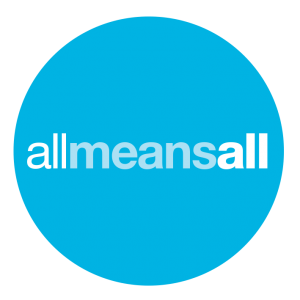 RESPONSE TO RECENT MEDIA REPORTS ABOUT STUDENTS WITH DISABILITY, 4 JUNE 2017

All Means All is the The Australian Alliance for Inclusive Education.  We are a nationwide network of people and organisations working together for the implementation of an inclusive education system and the removal of the legal, structural and attitudinal barriers that limit the rights of some students to access an inclusive education in regular Australian classrooms.

A key part of our work is to ensure that discussion about students with disability is balanced, informed by sound evidence and respectful of their rights.

All Means All is extremely disappointed by recent reports in the media in relation to the education of students with disability, especially reports connected with the current Parliamentary Inquiry in New South Wales.

One of these reports in the Daily Telegraph on 3 June 2017 relied on a few individual cases to make sweeping and unsubstantiated claims that “thousands of children with extreme learning and behaviour problems are seriously affecting the academic performance of other students in schools across the state”.

While it was not even clear that all the examples given involved children with disability, the article asserted, again without substantiation, that “parents, disability groups, educators and schools say there are not enough places in special education settings for problem kids”.

In fact, research has demonstrated the following about special (segregated) education settings in NSW.

Calls from mainstream school leaders for students with disability to be placed in segregated settings continue, despite research evidence that:

It is critical to understand that the issues sought to be highlighted are not, as presented in the article, inherent in the students.  Rather, they reflect poorly on an education system that is not adequately accommodating all its students – particularly students with disability – to realise their legal and human rights to an education alongside and together with their same age peers in regular classrooms as recognised by the Disability Discrimination Act 1992 (Cth) and Article 24 of the UN Convention on the Rights of Persons with Disabilities, to which Australia is a party.

Segregating students with disability through placement in special units and special schools increases the likelihood of those students being trapped on a separate “special” low expectation pathway to a future of social and economic exclusion.

Italy abolished segregated special education in the 1970s. Australia, a significantly more affluent nation, can do much better in 2017. It can start by heeding the call of the United Nations, in its clarification of Article 24, for it to transfer resources from segregated education settings to supporting the inclusive education of students with and without disability.

No one denies that regular schools need more resources to educate the diverse body of learners representing Australian school children or that teachers, education assistants and particularly school leaders need to be upskilled.

However, the answer is not to demonise students with disability – to play or be seen to play the prejudice card – to appeal to lingering fear, stigma and stereotypes about people with disability. The reality is that students with disability are much more likely than their non-disabled peers to be abused, neglected or bullied at school, including bullying by teachers and other school staff (for example, in a 2016 Report by Autistic Family Collective on the experiences of bullying of autistic children, over 40% of participants said bullying was instigated by teachers and other school staff).

It is morally reprehensible, socially destructive and at best disingenuous for school leaders to cast their appeal in the media for more resources by politicising the most marginalised, vulnerable and devalued students in our community – when the target should be the broader system that they administer and that administers them.

As the 2016 Report by the Education and Employment References Committee of the Australian Senate into the impact of policy, funding and culture on students with disability found, negative cultural attitudes and misconceptions amongst school administrators, teachers, parents (including some parents of children with disabilities) present some of the most challenging barriers to access to education for students with disability.  The Report further recognised that “one of the primary drivers of families choosing to enrol their child in a special school is a consequence of … informal gatekeepers at mainstream schools discouraging the enrolment of students with disability”.

The Report recommended the improvement of training and support of principals, teachers and support staff in inclusive education practices and that the Commonwealth government should work with the States to establish a national strategy that recognises all students with disability as learners and to “drive the cultural change required to achieve this, particularly at school leadership level”.

We call on school principals, educators and their unions commenting on this issue in the media to engage in discussions about the education of students with disability, including discussions about funding and resources, in a manner that is constructive and fair, while being respectful of their fundamental rights.

You can visit our website for more information at www.allmeansall.org.au

Click here to view or print this statement in PDF.